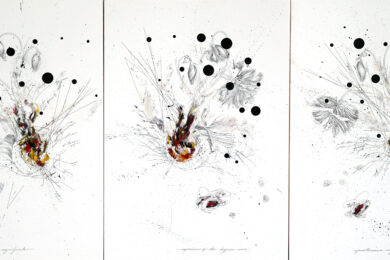 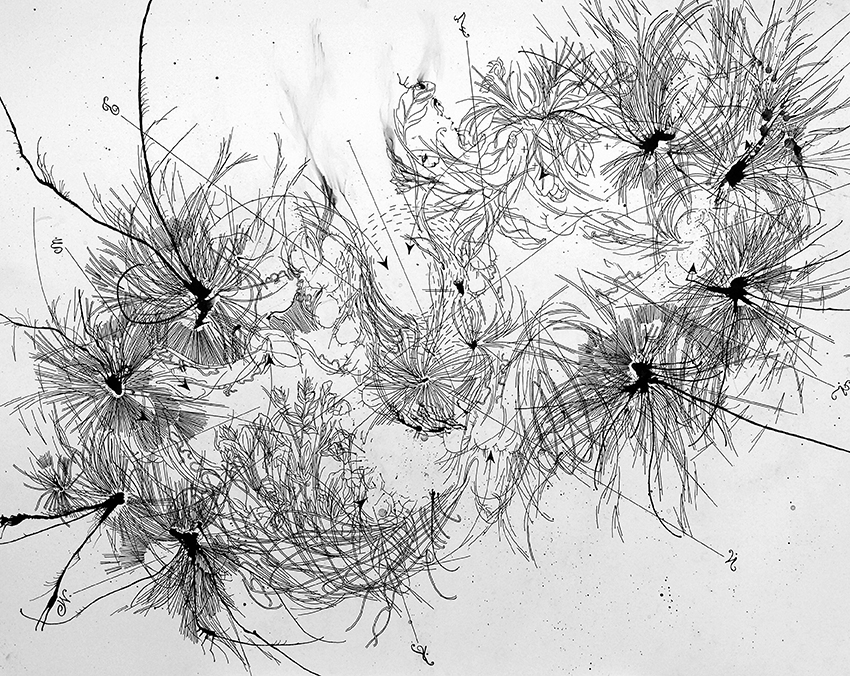 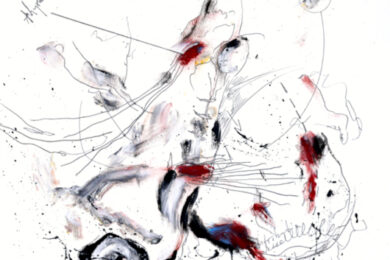 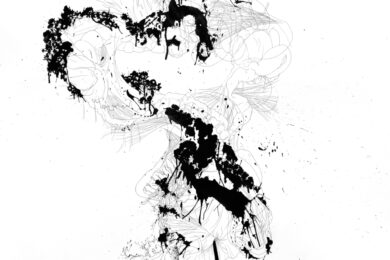 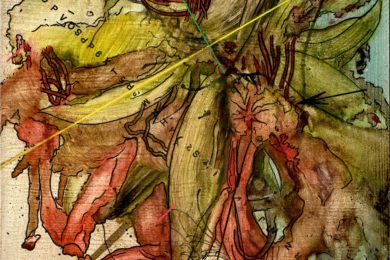 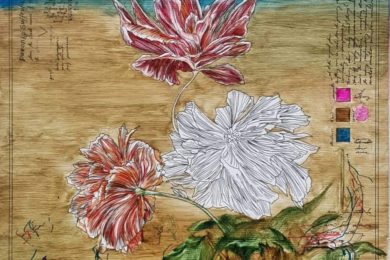 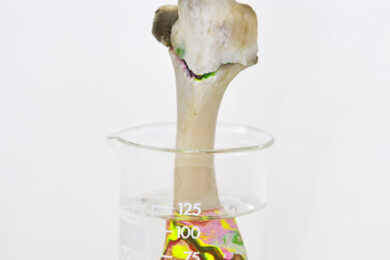 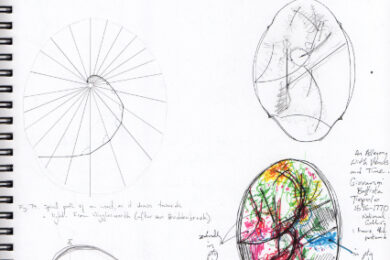 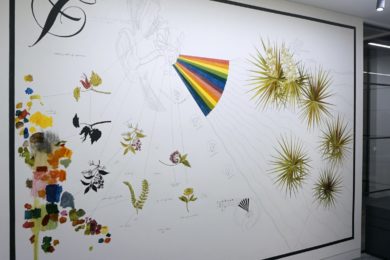 Neoplasm / Nucleus series; early notes: An asymmetrical creation; a fiery volatile growth with eruptive possiblities. Controlled mechanisms losing their control. Attempts at labelling events during its progression of expression (gene expression). Thinking positively about the potential of an unknown period and unknown future, this body responds. Oh! Does it. Being ok with not knowing what you’ll never know, yet still doing something about it. Pushing into proposals of all the potentialities of growth & form to see the positive potential within the conceptually horrific. ‘Was a simple cyst or a neoplasm?’ the surgeon asked. What if it turned out to be far better than anyone had ever imagined? His mistake generated his biggest discovery. Illustration untangles in art, as a simple picture flows uninhibited like energy through the flat pictorial plane with accident & intension. A Nucleus Starting small, a nucleus is a baby of potential. Heterogeneous new formations created in a non-social-hierarchy (micro-environments to the macro). New beautiful forces erupt from the darkest of all evil in the body; the tumour. Like death, it could well be far more unbelievably wonderful than anyone ever imagined (non-religious pov). Becoming plant. Becoming life. Becoming immortal.